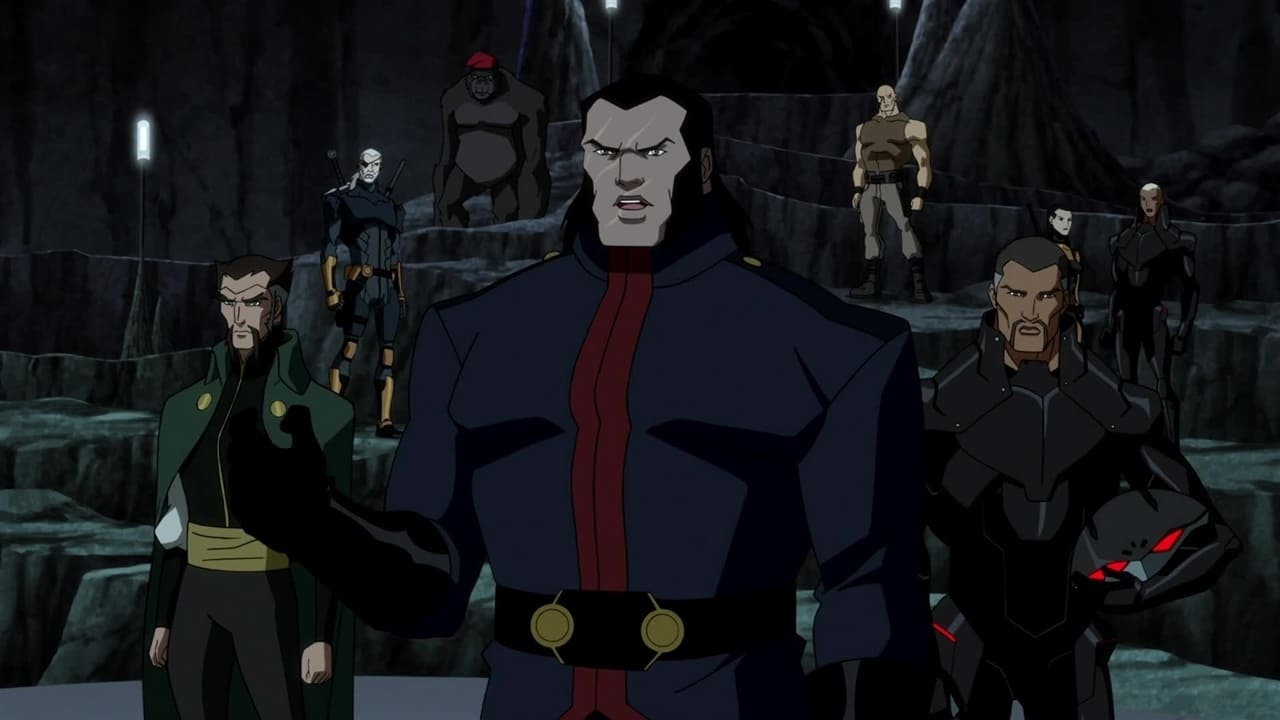 June 19: The Light call a summit with the Reach to discuss how their plans are advancing. As the tensions between the two groups begin to come to the fore, Ra’s al Ghul notices the glamour charm on Tigress’s neck and exposes her as Artemis, leading Deathstroke to execute both her and Kaldur. However, a hologram of Aqualad then plays which reveals to the Reach the extent of the Light’s manipulations, leaving their alliance in tatters. Aqualad and Artemis suddenly rise, and as ‘Deathstroke’ turns out to be a disguised Miss Martian, the Team and Kid Flash make their entrance, leading to an all-out battle. In the midst of the chaos, the Reach ambassador and the Brain are captured, while Aqualad defeats Black Manta and Black Beetle mortally wounds Ra’s al Ghul. However, Ubu rescues Ra’s (pledging that he will be revived), Black Beetle escapes with the Reach Scientist, and Vandal Savage summons Klarion to elude the Team.