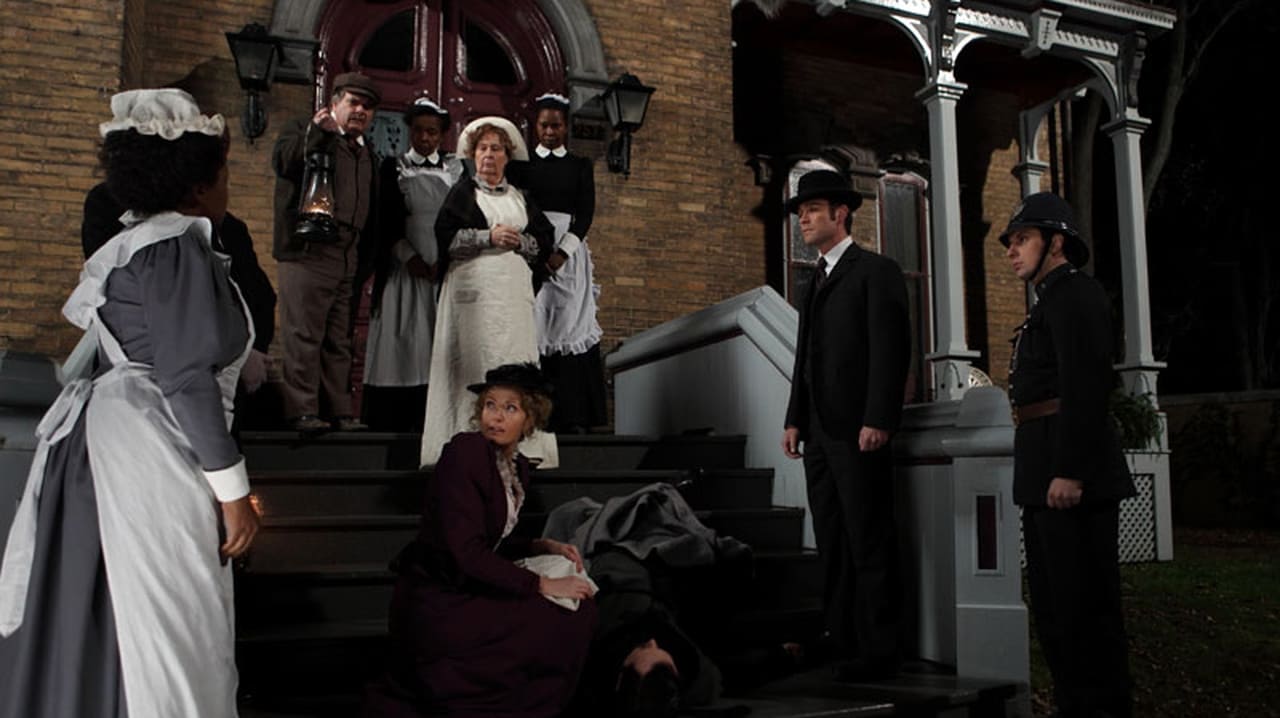 It is a dark and stormy night. A lonely light burns in the tower of stately Beaton Hall. Suddenly, lightening flashes across the sky and a bloodcurdling scream is heard. Chauncey Beaton runs down the halls of the mansion from an unseen pursuer. He comes to a Juliet balcony and realizes he has nowhere else to go. Murdoch arrives at the scene, where Chauncey’s body lies crumpled on the paving stones. He obviously fell from the balcony but did he jump or was he pushed?