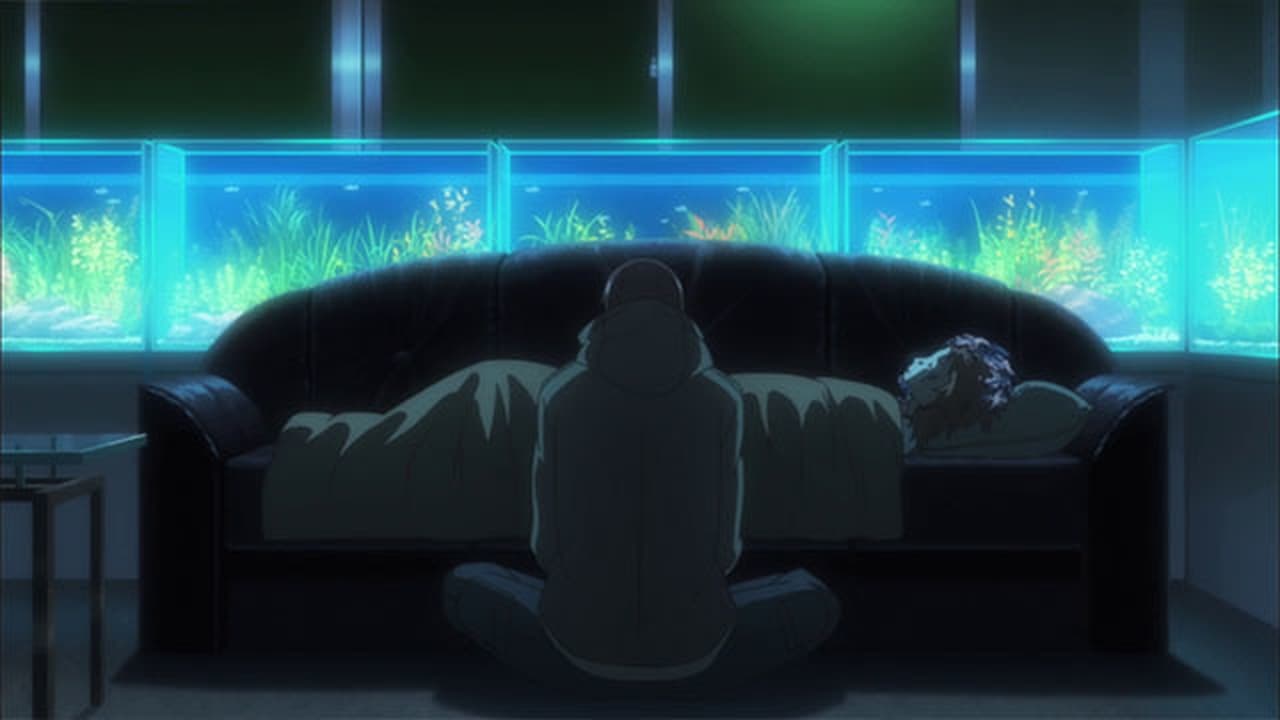 Hare and Kanon notices how much Shu has changed and is more active. In order to help Hare get close with him, Kanon lies to Shu that Hare needs his help for her shopping. As Hare is about to confess to Shu on the train, Yahiro suddenly appears which Shu tell Hare to go shopping herself as he wants to talk with Yahiro. Yahiro brings Shu to his hideout where his brother, Jun is also staying and reveals that he and his brother have been on the run from the GHQ because they wanted to euthanize Jun. While Shu won’t forgive Yahiro for betraying him, he will help Jun escape for Yahiro’s sake and calls the Undertakers to pick them up. However, the GHQ have been following them and sends Seiga and Daryl. Cornered in a warehouse, Shu forcibly takes Yahiro’s Void before telling Yahiro he will never betray his friends just like him. Daryl’s Endlave arrives and fight Shu using a new weapon that targets his Void while Seiga watches. But when Jun stands up, the weapon target him instead. Suddenly, the crystals on Jun’s body migrate to Daryl’s Endlave and takes control of it and proceeds to attack the GHQ and Yahiro. Shu stabs the infected Endlave with Yahiro’s Void and enters Jun memories where Jun himself shows Shu his and Yahiro’s past before the „Lost Christmas” incident. Jun also reveals because of the crystals on his body, he could see people’s true self including his brother, who while loves and cares about him, also hates him for burdening him as well. Wishing for his final memories of loving Yahiro and not hating him, Jun begs Shu to use Yahiro’s Void to end his life before he kills Yahiro which Shu is forced to do so which Jun thanks him. With Jun’s death, the infected Endlave breaks down while Seiga leaves. As Yahiro regains conscious and asks where Jun is, a mortified Shu confess to Yahiro that he killed him, unaware that both of them were followed by Hare.