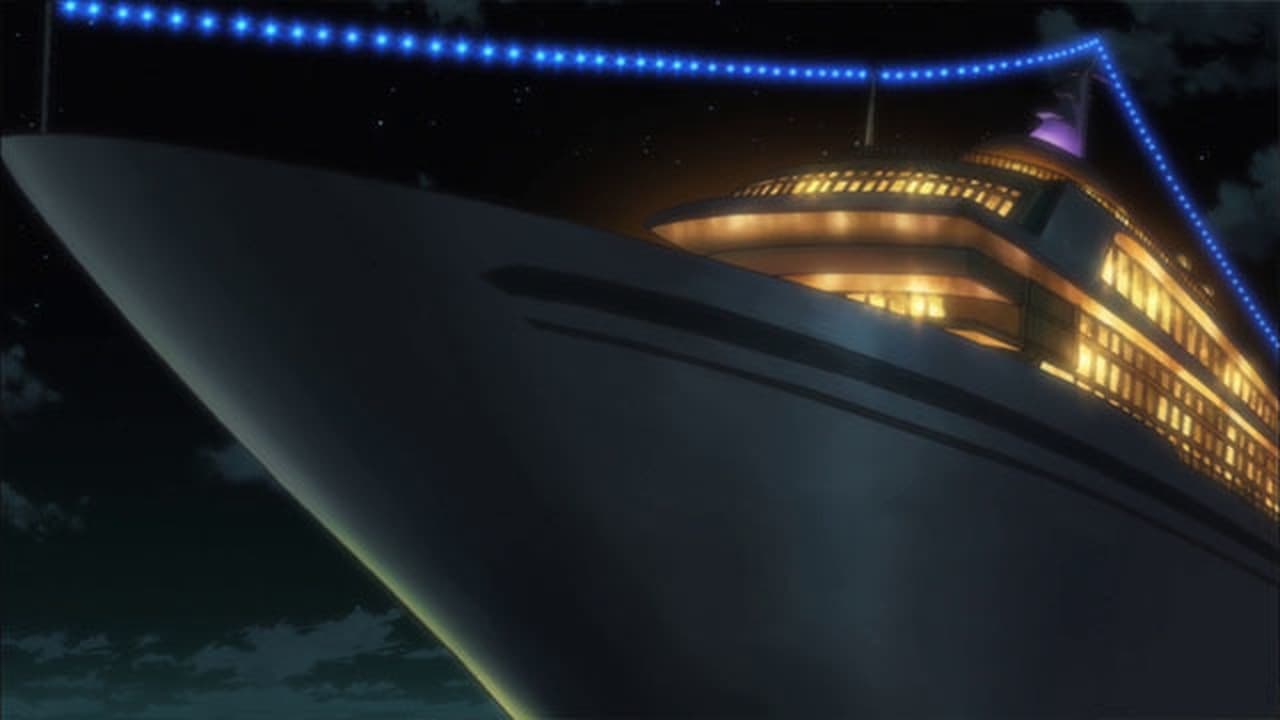 Shu returns to school with Inori since his arrest by the GHQ. Thanks to a cover story that he was interviewed by the GHQ for finding one of their cellphones and the student council president Arisa Kuhouin supporting Shu and defending him against malicious rumors, his classmates welcome him back with open arms. Shu also learns from his friends Hare Menjou and Souta Tamadate that Yahiro hasn’t been back to school since his arrest. Later, Shu’s mother Haruka comes back home and welcomes Inori living with them with open arms. Meanwhile, the Undertakers are running out of supplies and need a new supply route which Gai knows someone who will help them. The next night, Arisa and her grandfather, the head of the Kuhouin Group attend a party on a cruise ship where Shu and Gai have snucked in to make a deal with Arisa’s grandfather. However, the Anti Bodies learn about the deal from an „informant” and sends Daryl, Segai and Rowan to work with GHQ Colonel Dan Eagleman whom the latter plans to shoot down the ship with Surface to Air missiles. After Gai flirts with Arisa and makes his business proposal with her grandfather, Shu learns from Tsugumi about the attack and tells Gai about it in order to save the passengers on the ship which include his mother. With Gai’s help of bringing Arisa to the upper deck, Shu is able to extract her Void and use it to shield the ship from the missile which Colonel Eagleman orders his men to fire all of their missiles which are stopped thanks to Shu. With the threat over, Arisa’s grandfather agrees to help supply the Undertakers which unaware to everyone but Gai and Shinbugi, Gai was the GHQ informant. Before leaving, Gai comments to Arisa despite the tough image she gives out, she is very shy when being doted on by others. As Shu and Inori leaves for school the next day, Shu admits to her that this is the first he was glad to use Voids while Haruka looks at a photo with her, her son Shu and the girl from Shu’s memories.