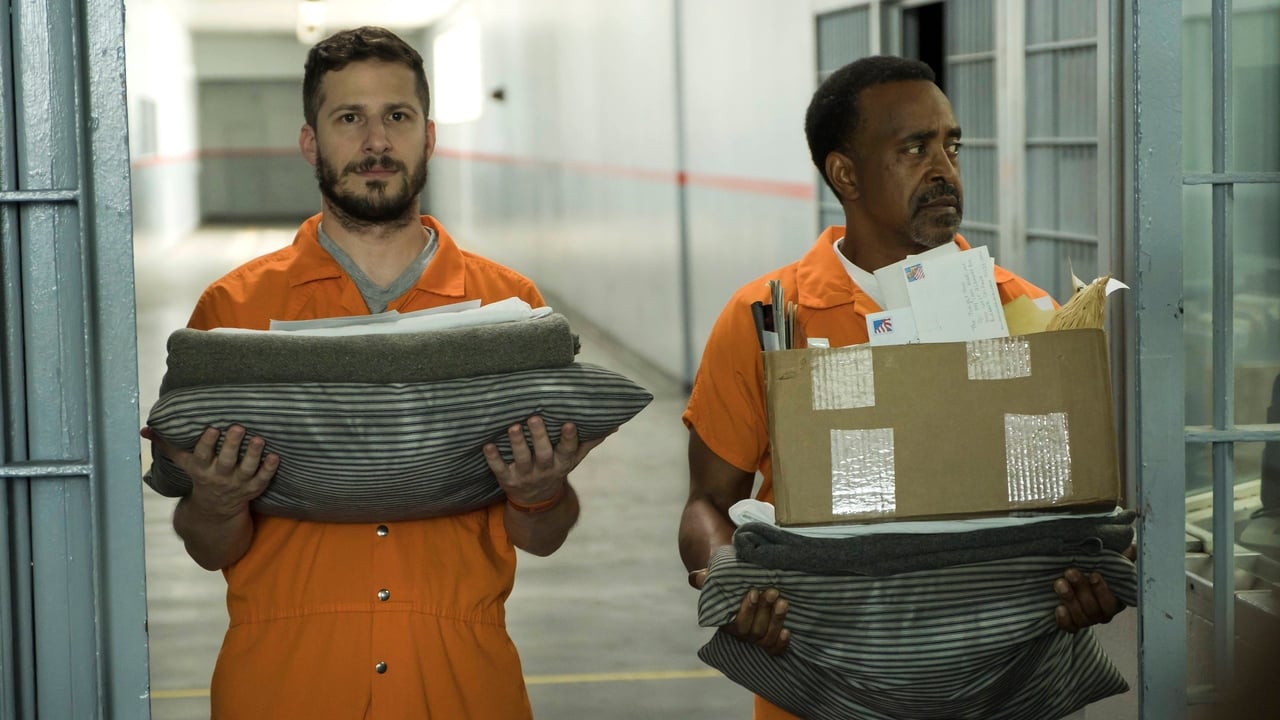 Jake and Rosa assimilate to their new lives behind bars, but both are coping in very different ways. Jake bonds with his cellmate, Caleb, and is forced to join a prison gang led by notorious inmate Romero, in order to gain his protection. Meanwhile, in the women’s prison, Rosa puts Holt and Terry to the test by having them complete outrageous favors for her. Back in the precinct, Amy and Charles are doing all they can to exonerate their colleagues.